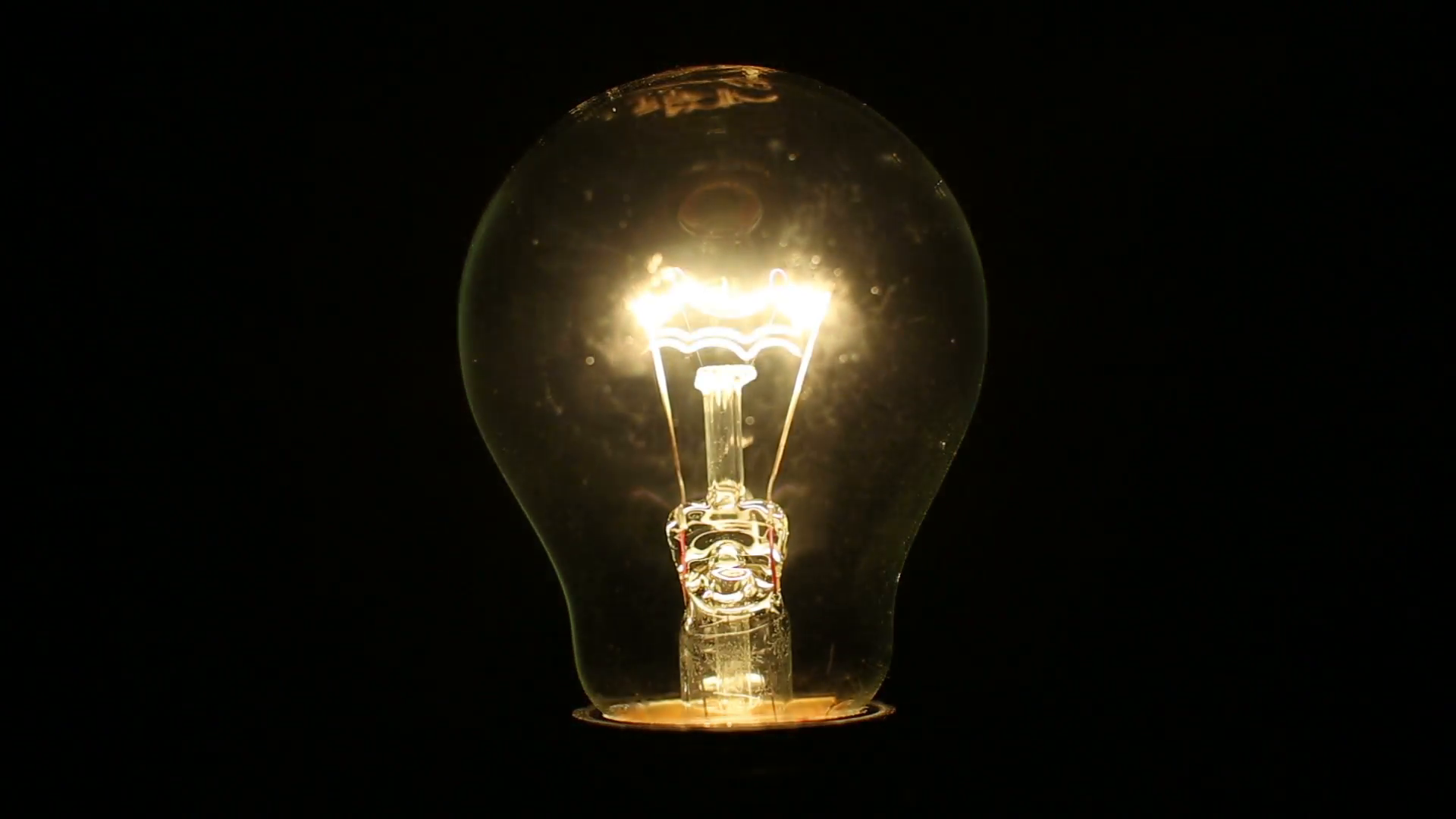 Year after year,  new ideas, inventions, and innovations amaze us in surprising ways that we somehow forget the old ones that changed our lives for the better. Individuals with great ideas around Africa are inventing new methods and new products weekly and they have changed people’s lives forever. This list of the top 10 ideas in Africa will show you that inventors and idea people are everywhere.

Some ideas make it into products and services we will use in the future and some don’t. But it is important to remember that we need to celebrate the scientists, students, entrepreneurs, and everyday workers in Africa who are taking risks, failing and trying again to get an idea into the market that makes life easier for the rest of us. Our top 10 ideas list will make you appreciate them even more!

Anyone with a new idea, thank you and please go forward and keep trying to solve problems we have in our everyday lives, we appreciate your work.

It’s not surprising that Africa is home to billions of people across history. The greatest inventors in human history lived there. The top 10 ideas and inventions that sprouted from the African continent are among the most useful and formidable and proved to be relevant even in today’s standards. Before modern humans technically existed, they already invented things that give a great impact on people’s lives.

Let’s figure out the most important things that African people invented that impacted human societies.  The top 10 ideas are in no particular order.

Instead of soft drinks or coffee, why don’t you try a tea made with Rooibos?

Rooibos is rich in Vitamin C, which is lost when made into tea. This leaf is usually grown in Cederberg, which is a small mountainous area in the region of the Western Cape in South Africa.

The Rooibos tea was produced from Rooibos leaf. This tea does not contain caffeine and it‘s commonly prepared in the same manner as black tea, milk, and sugar are added to taste. But it has other methods including a slice of lemon and using honey instead of sugar to sweeten. This can also be served as espresso, lattes, iced tea and cappuccinos.

The discovery of Rooibos gives a big impact on today’s lives because of its health benefits due to its high levels of health-promoting antioxidants, which include aspalathin and quercetin. Antioxidants may help protect cells from damage by free radicals. Over the long term, their effects may reduce your risk of illnesses, such as heart disease and cancer.

CT Scan is also known as computed tomography scan, and formerly known as a computerized axial tomography scan or CAT scan. It makes use of computer-processed combinations of many X-ray measurements taken from different angles to produce cross-sectional (tomographic) images (virtual “slices”) of specific areas of a scanned object, allowing the user to see inside the object without cutting.

This device ranks as one of the top five medical developments in the world. It has proven so valuable as a medical diagnostic tool that the 1979 Nobel Prize in Medicine was awarded to the inventors.

The invention of the CT Scan gives a big impact in the medical field because of its usefulness in determining when surgeries are necessary and improving patient placement into appropriate areas of care, such as intensive care units. It is also beneficial in better cancer diagnosis and reducing the need for exploratory surgeries, lessen the length of hospitalizations and guiding the treatment of common conditions such as injury, cardiac disease, and stroke.

Coal liquefaction is very useful in improving rates of conversion of coal from solid to liquid form. The result of liquid coals has molecular structures that require upgrading to produce usable fuels like gasoline and fuel oil.

Many countries that import oil and natural gas, yet are sufficient with coal resources, are turning to coal liquefaction as a way to meet their other fossil fuel needs.

Getting tired of manually cleaning your pool? Kreepy Krauly will help you to get through it.

The automated pool cleaner is also known as ”creepy-crawly” or “Kreepy Krauly” in South Africa. The name ”creepy-crawly” derives from the vacuum webbed-nozzle crawling creepily through the underwater mist as well as for its creepy suction noise. John M. Davison was the first who invented the swimming pool cleaner in 1912 in Pittsburgh, Pennsylvania.

Kreepy Krauly cleaners are probably the first swimming pool cleaning devices that were designed functioned automatically without any manual help. The devices are still popular today and only have become more advanced with the introduction of newer technologies into the devices.

Did you know that this South African product went all the way to the moon?

Pratley’s Putty was firstly called as “Pratley’s Plastic Putty”. It is one of the adhesives used by the Apollo 11 Eagle landing craft. George Pratley was the one who invented this strong adhesive in the 1960’s.  It is hand moldable adhesive and ideal for water use.

Dolos is the large rocks and blocks of concrete were the most often means of providing protection against the waves. Luckily Dolos was invented by a South African draftsman known as Aubrey Krueger in 1963.

Dolos is usually found in the entrances of ports and harbors to prevent erosion and absorb the energy of the seas. This is an invention that really helps in protecting South Africa’s eastern coastline.

Jukskei is a game that was developed and originated in South Africa. It is also considered to be the hardest sport in the world. Jukskei was also chosen by the South African government as one of the sports to be incorporated in the Indigenous Game Project.

Jukskei is played between two teams with four players in each team. The objective of the sport is to knock down the target peg by throwing the pins at them. The team to first score exactly 23 points wins the game. If the score exceeds 23, the score will be reset to zero, and the game continues.

We have to mention this… you know I am a huge wine fan. Have you tried South Africa’s signature red wine grape variety?

Abraham Izak Perold was the one who bred and created the Pinotage that is commonly found in South Africa in 1924. Pinotage is the direct result of a somewhat unusual cross. Pinot Noir and Cinsault(as it’s known in France) or “Hermitage” (as the same grape is referred to in South Africa).

Pinotage grapes are extremely dark in color.  The grape crossing of Pinot Noir and Cinsault made the Pinotage be South Africa’s signature red wine grape variety.

Pinotage has a lot of health benefits that contain high concentrations of resveratrol, an antioxidant that shows abilities to reduce the risk of cancer and heart disease.

Last but not least from our top 10 ideas list is the notorious speed gun!

Speed gun is also known as a radar gun. Radar speed gun is a great invention because it is very useful to measure the speed of moving objects and vehicles. It is also used for professional sports like running and ball events.

Radar speed gun was invented by John L. Barker Sr. and Ben Midloc in the early 1940s. With this technology it made the police forces to easily catch speeders who cause damage on the streets, and danger to others’ lives.

There you have it. Our curated list of the top 10 ideas discovered in Africa.

Creating any idea takes passion, creativity and above all perseverance. It’s never easy to create a new product or start a new business based on a new idea. If you are someone who is working on a new idea… kudos to you. My advice is to get some help. Find people around you that can help you achieve your goals, people that have experience with starting companies or new ideas.

There are many accelerators, incubators, mentors and online courses to help you along the way. I would urge you to investigate all of these to see if there is something that can save you time, energy and aggravation of doing it on your own. Take it from a 6 X founder… it is never easy no matter how good or how smart you are that is why I created an online course New Idea to Customer in 7 weeks to help people who are helping change the world.

Take care and have an amazing day,

Every idea that is extraordinary comes with the top 5 features! What Makes Great Products...

https://www.youtube.com/watch?time_continue=7&v=EdSWqzaUCWY Can you make money with your new product or service idea? That is the...

https://www.youtube.com/watch?v=Rh0N3bZYAfA&feature=youtu.be Finding an advisor, a co-founder or a new employee? Like one of the first...