Give $1 for Each Package Guard Sold, Why?

A lot of companies have adopted a model of giving back as part of how they operate the company. I love the idea as long as it makes sense for the company and its mission. I do see some companies that only do it for a way to “say” they are doing good things. Many times it is more of a PR strategy than a part of the mission of the company. I decided before I even had a company that we would be giving $1 to a non-profit Survive the Streets for each Package Guard that was sold. Because without Survive the Streets there would be no Package Guard, Inc.

Survive the Streets had its first fundraiser (outside of our home) on Nov 5th. For those of you who don’t know, Survive the Streets is the non-profit my wife and I started 17 years ago. We help the homeless each year on Thanksgiving day by providing a free pop-up store for them to get what they need to help them through the winter months. We give out hundreds of warm-weather-gear items like gloves, socks, sleeping bags, backpacks, hoodies, coats, hygiene kits and more. With each Package Guard sold, we give back to our community!

Back to the fundraiser… We were nervous about doing a fundraiser for more than just our friends like we had done the last several years at our home. But we committed to at least trying it to see if we could put 75-100 people in a room and have a FUN event. And the results were…..

It really blew our minds of what happened. We had 120 people and raised almost $15,000! But more importantly, we had many people come to the event that didn’t know much about Survive the Streets, so we were able to show more people how easily they can help. This event was a huge success as people had a great time, they enjoyed some great fresh wood-fired pizzas and some awesome wine (which we ran out of towards the end). So we will be doing it again and see if we can get 150 people in a room next year to learn about Survive the Streets and helping the homeless in Seattle.

What also was exciting about this event was talking to a few people about the Package Guard. I did a very short Live Facebook Video and a few people asked me about the Package Guard. I told them the story that I would have not invented the Package Guard if it wasn’t for Survive the Streets. Without getting a box of coats stolen, I would have never started looking for a solution for package theft. When it happened to me almost two years ago I just assumed this product existed somewhere. After a couple of months of research, I realized it didn’t but should. And this is where we are today getting ready to release the Package Guard to help stop the package theft problem in many neighborhoods in America.

The problem of package theft gets more media attention each year which then shows bad people how easy it is to do, which creates more crimes… it is a cycle that is not going to slow down with the accelerated growth of ordering online. Until there are more inventions like the Package Guard to help slow the thieves down this problem is going to grow not to slow down. Our mission is to do everything we can to stop it. If you want to stop package theft as well, please join us in this fight against porch pirates by liking our Facebook page, following us on Twitter, visiting our Website and signing up for our newsletter. 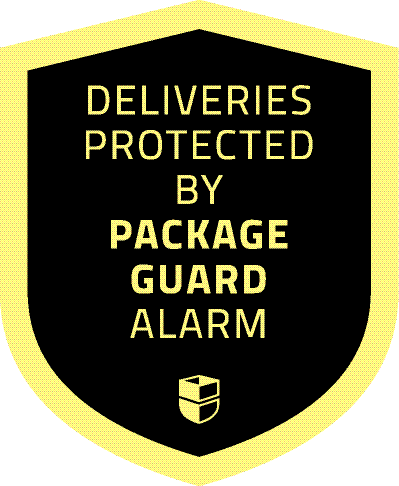 Package theft is a huge problem and it’s getting worse. Why? Because police departments don’t...

I just got off the phone with someone that had just gone through a slide...